A look at the interesting origins of Hawaii’s native instrument

Most people currently alive have always lived in a world with ukuleles. The ukulele is synonymous with Hawaiian music, beaches, Summer, and of course “Over The Rainbow”.

But you might be surprised to know that in the grand scheme of instruments, it’s a relatively new instrument.

In my lifetime, I’m not aware of any new instruments. I’ve seen revival of old instruments, like cigar box guitars and shovel guitars (100% real things). But have yet to hear about a genuinely new instrument. So that got me thinking about where new instruments actually come from. And specifically the ukulele.

Unlike the synthesizer or MIDI, relatively new things that were created, the ukulele more or less evolved. Someone didn’t just look at a guitar one day and say, “What if we made it smaller, took away a couple strings, and tuned it up?”. Like most stringed instruments, it came from something.

That something is what we’re going to dive into today.

We’ll look at some historical instruments that shed light on the origin of the ukulele, its tuning, and its predecessors.

Which isn't technically in Hawaii...

Like most things in this world, the ukulele can trace its lineage to another instrument. Or maybe several. Believe it or not, the ukulele is essentially a Portuguese instrument. I’ll explain. But let’s go back a little farther.

The grandfather instrument to the ukulele is the Lute. There are actually several instruments that were similar, but the Lute is the most well known one. It’s a very old instrument that was common in Europe and the Middle East hundreds of years ago. Its lineage goes back even farther. But that’s getting a little off topic. 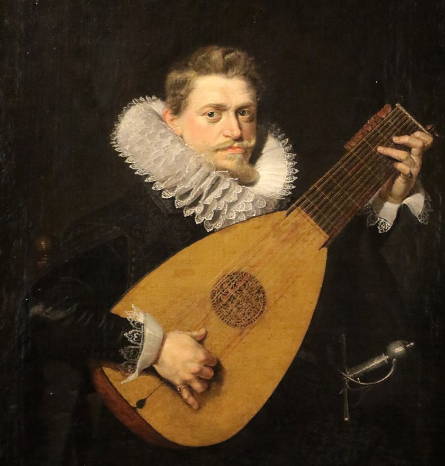 The Lute has a teardrop shaped body and short scale neck. One obvious difference between that and where we’re going is the amount of strings and the overall size. But for the Lute family of instruments, that would change over time.

Lutes were big in Western Europe, including Portugal, and went on to inspire several regional instruments in many countries. The one we’re interested in is the machete de braga and cavaquinho. The big difference between the two are that the machete uses steel strings, and the cavaquinho uses nylon.

These instruments look nearly identical to the ukuleles we see today. 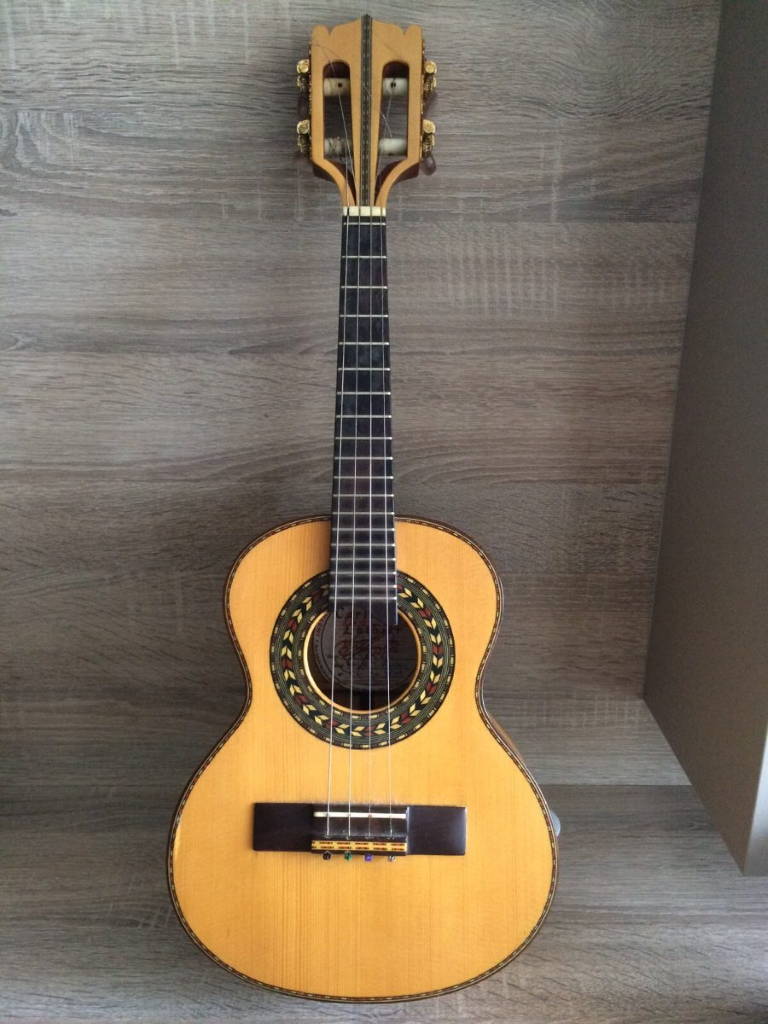 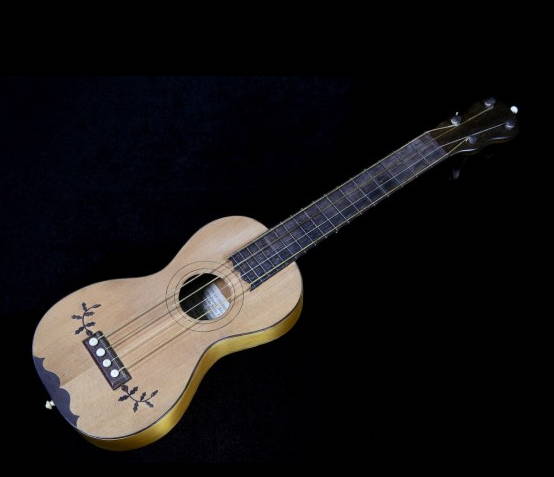 The body sizes are in the range of Soprano to Tenor ukuleles, and they also have 4 strings. The standard tuning is different from a ukulele though. Standard tuning on a cavaquinho is D-G-D-B. The tuning for the machete de braga is the same.

The unique tuning comes from the big brother to these instruments, the Rajao. The Rajao is essentially a five stringed version of the machete de braga.

Rajao’s use a standard tuning of D-G-C-E-A. This is exactly where the ukulele tuning comes from, the low D string was just dropped. It’s unclear why this tuning was used for the ukulele. My assumption (based on basically nothing) is that the first ukes were played by people who preferred to play the Rajao. The tuning was familiar, so it stuck.

Other differences between ukuleles and the aforementioned cavaquinhos and machete de bragas is the wood used. Back before globalization, materials (and instruments as we’ll see) were regional. So you were likely to find Spruce and Juniper in the construction.

From Portugal With Love

So we know the instruments that ukuleles came from, but we still haven’t talked about how the ‘inspiration’ instruments in Portugal ended up in Hawaii. The short answer is immigration. The long answer is much more interesting.

Back in the 1870s(ish) some of Portugal, specifically Madeira (who’s once booming wine industry was going bust), were experiencing poverty, famine, and even a series of natural disasters. If history has taught us anything, it’s that situations like these end with a mass exodus and immigration to a new country or land.

That new land just so happened to be Hawaii.

At the same time Madeira was experiencing a bust, Hawaii was experiencing a boom in the form of their sugar cane industry. The boom was so big and sudden that they didn’t have enough native workers to handle it. So they went searching worldwide, offering decent pay, a place to live, and a free one way ticket to Hawaii. In exchange for a three year contract for labor of course.

They found that help in Madeira en mass. About 25,000 Madeirans emigrated to Hawaii, bringing their culture and traditions with them. Including their highly portable instruments. 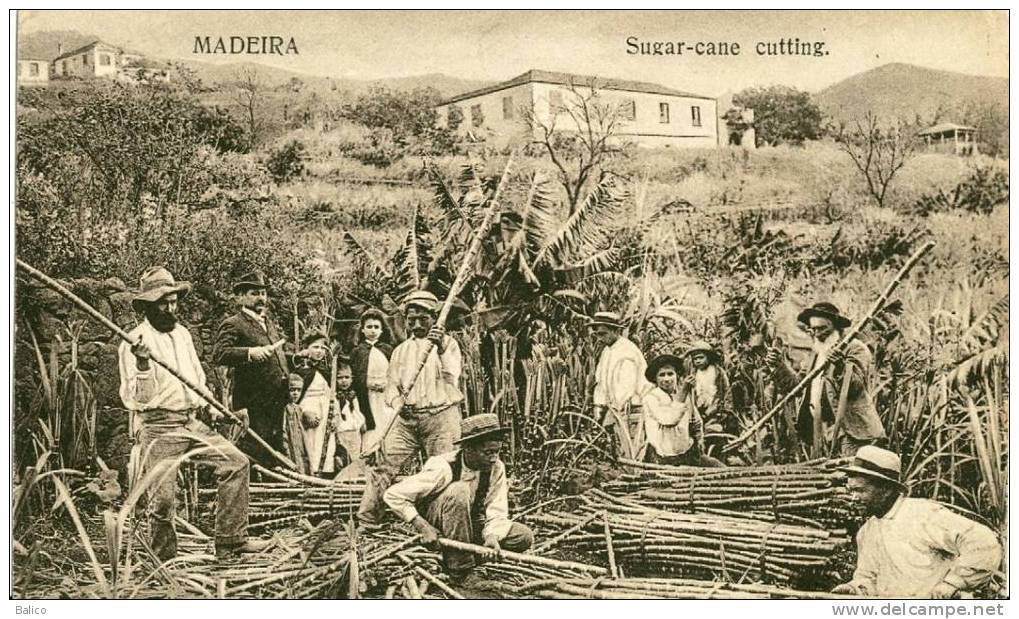 The story from here gets a little muddled in the detail department, but here’s the general story.

Three of those workers from Madeira, all musicians who played the machete, and all who had former employment in the woodworking industry, put their three years into the sugar cane industry. When they finished up their work contracts they set off for Honolulu. Hawaii also had a thriving woodworking industry, so it didn’t take long for them all to get gigs back in the industry they knew before their move to Hawaii.

They all found work in different shops building various things (like furniture). Eventually though, all three ended up owning their own woodworking shops. And all three built “Stringed instruments, guitars, and machetes”, as one shop advertised.

The details get even more fuzzy from here, with unsubstantiated claims of “I invented the ukulele”. But two of the three are believed to be the creator. Either way, the first “ukulele” was more than likely a hybrid instrument. A variation of a machete. Something that would change over the course of decades. We do know that the original ukuleles were a little smaller than, and tuned higher than, a soprano ukulele.

The main wood that was used was the main wood you’d find in Hawaii: Koa. Highly figured Koa was used in furniture for a long time before ukuleles came about. And when the builders were looking for a wood to use in the construction of ukuleles, the natural (pun intended) option was Koa. It’s native to Hawaii, looks beautiful, sounds great, and was probably abundant at the time (read: inexpensive to buy). 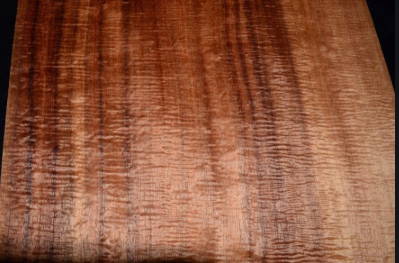 This is pure speculation on my part, but I'd be willing to bet that when the builders were perfecting the instrument, they used leftover scraps from the furniture shops. But again, pure speculation.

So there you go. The next time you say sugar is bad, just remember that without it, and without sugar cane refinement in Hawaii, we wouldn’t have the ukulele. #EatThatIceCream

The name “ukulele” translates to “jumping flea”, and again, there’s much speculation but little substantiation on where that came from. There’s actually a dispute as to the translation of the name. Hawaiian monarch (the last one in their history) Queen Lili’uokalani was recorded as saying it means “the gift that came here”.

There are various other stories that have been passed down over the generations as to where the name came from. I personally like the mystery. In the age of being able to Google just about everything under the sun, it’s nice to not know something and not easily get the answer before moving onto something else.

It’s ok to ask a question and not have everyone reach for their phones for the answer. Debate is good. Wonder and mystery are good. Now if you’ll excuse me, I think someone’s on my lawn.

OK, enough of that. Let’s move on.

(By the way, the three guys were Manuel Nunes, Augusto Dias, and Jose do Espirito Santo. Ukulele Magazine did a wonderful write up that goes much deeper into the story of these three. )

The First Wave of the Ukulele Boom

The instrument stayed mainly local until the early 1900s, when it hit mainland America. It was first introduced at the Panama Pacific International Exposition in San Francisco in 1915. The Expo had a fair share of ukulele players and featured traditional Hawaiian music.

This created a bit of a boom in America over the next decade or two. More mainlander Americans took up playing the ukulele and traditional Hawaiian music. And just like basically every instrument ever created, it started to make its way into other genres.

Those jerks are the reason people don’t take the instrument as seriously as other instruments.

It helped move units and create interest in ukuleles. But still. Rude.

Interest would wane over the next few years until it’s next revival that had to do with strategic military locations.

World War II. And the war in the Pacific.

Hawaii was obviously a strategic outpost for the US military in the war. The soldiers who were stationed there came back with souvenirs in the form of ukuleles. And once more the ukulele gained popularity.

For a few years.

And then by the mid to late 1950s the popularity waned once again. This time for a much longer period.

It wasn’t a coincidence that I put the Israel Kamakawiwo’ole version of “Over The Rainbow” at the beginning of this article. Just about everyone has heard this song. And that’s a good thing for the instrument.

Ukulele popularity (and consequently, production) was steadily declining for decades leading up to the 1990s. Even though famous musicians in several genres were playing them, the general interest waned.
And then in 1993 this song was released.

This isn’t an overnight story, like the Tickle Me Elmo craze. But over the next decade, this song was used in TV shows, commercials, movies, and obviously mix tapes. This created a renewed interest in the instrument, for both listening and playing.

As technology advanced and social media became popular (specifically YouTube), more and more people were showing off their ukulele playing skills. These artists and videos helped to fuel that fire that Israel started. Players like Jake Shimabukuro went viral with ukulele covers.

Now ukuleles are as popular as ever. You can find some really good ukuleles for a really affordable price. Not the plastic toys those jerks in the 1920s produced. Legit, all wood, sounds good and plays good ukuleles.

It’s not just the US either. Japan (after the war, for obvious reasons) became a place where the popularity surged. They actually had ukuleles in the early 1900s (possibly before mainland America), but again, because of the war Western things were banned.

America’s neighbors to the North, Canada, were one of the first places to formally teach ukulele in school. And it’s still popular there today.

The Future of the Ukulele

With our current state of globalization, online shopping, and the breadth of our manufacturing capabilities, it’s easy for anyone to get a ukulele. There are a ton of options at a ton of price points. While people in the late 1800s had one size to choose from, today you can get a Soprano, Concert, Tenor, and Baritone.

You can get these with electronics built in to amplify it. You have a huge selection of tone woods to choose from. Different string materials, more stable builds, better hardware.

But where do we go from here? What’s the next big thing for the ukulele? What instrument will the ukulele inspire? Obviously besides the concert, tenor, and baritone ukuleles....

Will there be an even bigger ukulele? Will ukuleles with more strings become a big hit (like 7, 8, and 9 string guitars, or 5+ string basses)?

What styles of music will adopt the unique sound of the ukulele in a new way?

These are all great questions, and I'm very excited to see how the future of the ukulele plays out.


What do you think the future of the ukulele is? Let us know in the comments!